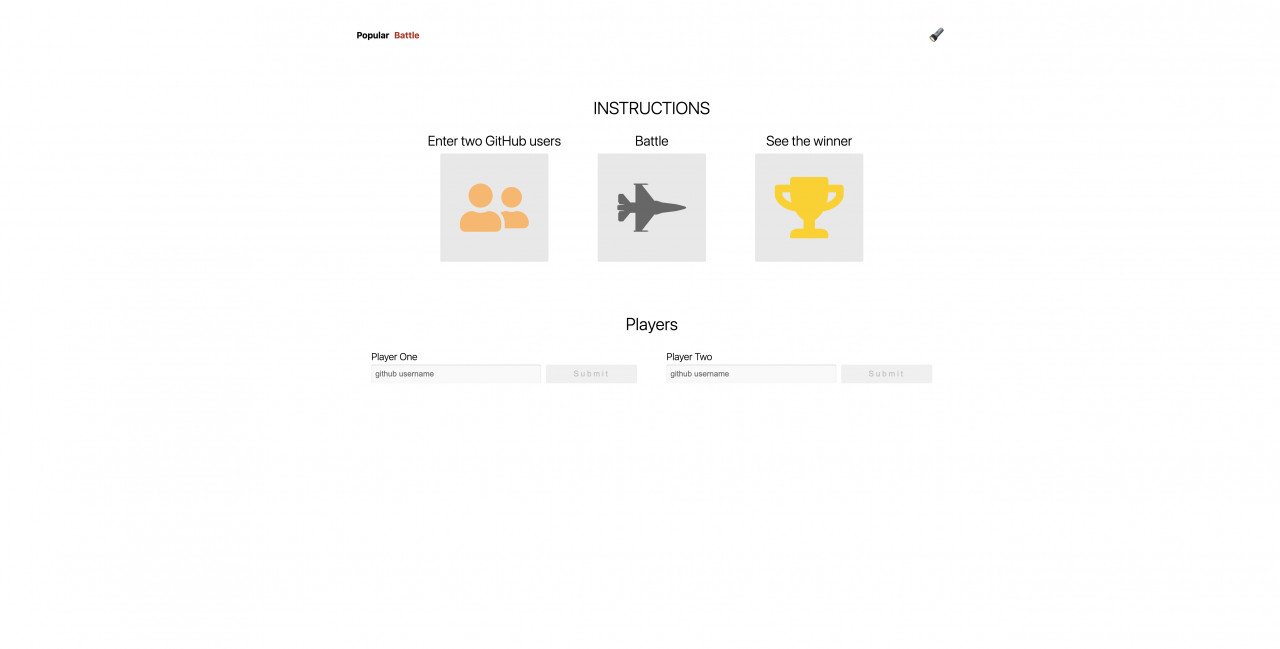 With almost 10 million weekly downloads React is propably the most used JavaScript library these days. I see people talk and love about it quite a lot. In our company we are also shifting to React based components. Time to dive into it and build something from the ground. I decided to take the React Mastery course by Tylor McGinnis to get a guided tour into a React powered app.

It was quite a comprehensive journey and I learned about managing state, building functional and reusable components, validating props with the handy PropTypes package, understanding the component lifecycle, using React Router and builing production builds with Netlify.

I followed Tylor's lessons and rebuild what he demonstrated in his code sessions.

In the end I had build a nice React app that consumed the GitHub API to list the most popular repositories by language and offered a GitHub battle based on an easy algorythm taking into account among others the stars received and amount of repositories.

Now I better understand why people love React, it is powerful and let's you build and reuse state of the art interactive modules. However, to really become solid in React and need to build more apps without the guidance of a teacher.